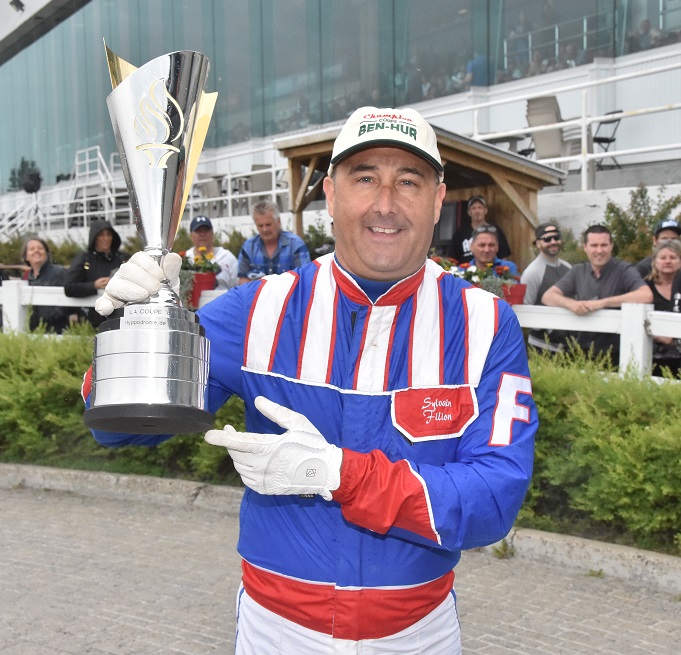 Who will win the Ben Hur Cup II

And who better to comment on the race competition than the inaugural Ben Hur Cup Champion, Sylvain Filion.

He won the eight-race competition last year with four wins, but due to prior obligations, could not defend his title this year.

“I am sorry not to be able to attend this year,” Filion explained. “It is a great competition and I hope to get invited back next year. But you do have two top drivers for this year.”

It was not a romp until the last of the eight races last year. Filion had the lead going into the last race and sealed it with a big romp.

“What I remember most from last year,” Filion said. “Were the race fans. There were so many people that came out for the competition, I got to see so many friends, family and faces from the past and they really loved the tournament too. It was fun.

“Also, in the last race last year I did not know what kind of filly I was driving,” Filion explained. “She had just won her maiden in 2:04.3, her name was All You Can Dream and she was so perfect, we won by 24 lengths over LPR. He needed the win to take the competition but that did not happen.”

“These are two well-matched drivers,” Filion said. “They are excellent drivers. Both are about the same size, same age. They have each won big stakes races and have an aggressive style of driving. It will be a really good competition.”

And, for the biggest question of the story, who does Sylvain Filion feel will win the Ben Hur Cup II on Sunday?

“I think they are both excellent drivers,” Filion said. “I would want to see who draws the most power and I will leave it at that.

The draw means so much,” Filion added. “Last year I had some powerful horses that drew well and made it easy for me to win. Power means everything.”

Sunday’s program will also feature the second round of the Quebec-Bred Series for older pacers.

Post time on Sunday at H3R is 1:00 pm. For a free race program or additional information, visitwww.quebecjockeyclub.com.