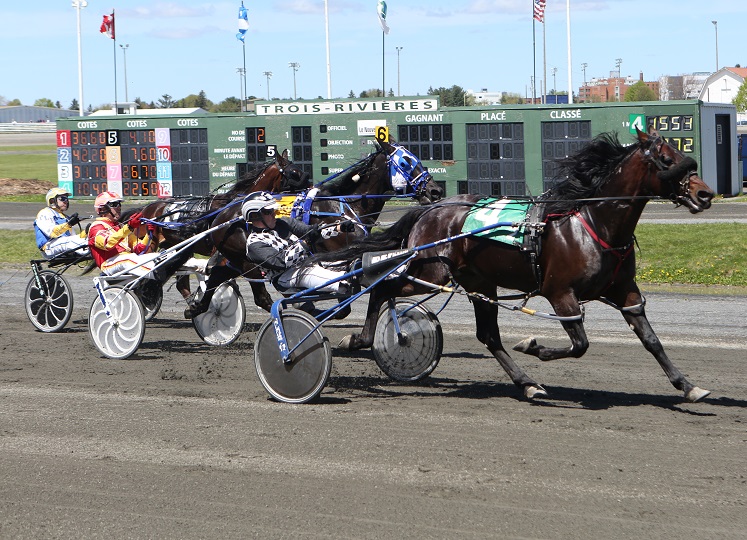 Trois-Rivieres, QC – Last year was a banner season for the harness racing pacer, Requested, who was the winningest horse of the season at the Hippodrome 3R and now makes his 2019 debut Sunday.

The six-year-old stallion by Badlands Hanover posted eight wins in his 12 starts last year for owner and trainer, Jean Ducharme of Crabtree. All of his starts were at the Hippodrome 3R.

On Sunday Requested starts from the second tier in post nine in the eighth race Preferred-Handicapped Pace and will be driven by Simon Delisle. Requested’s normal driver, Francis Picard, is committed to driver Outlaw Turn N Burn (post 4).

It will most certainly not be a walk in the park for Requested as he faces stiff competition from HP Patriote (post five) and Surf Report (post eight).

A former Quebec-Bred Series Champion, HP Patriote is trained by Gerard Demers for the GLD, Inc. Stable and Claude Hamel. The eight-year-old gelded by Vintage Master is shipping back to the Hippodrome 3R off an impressive 1:54 triumph at Rideau Carleton Raceway’s five-eighths mile track. It was his third win this season.

Surf Report is unbeaten in his first two starts at the Hippodrome 3R with Tyler Jones in the sulky. They have teamed together for owner-trainer Francis Guillemettel of Trois-Rivieres and make a formattable pair.

A seven-year-old gelding by Sportswriter, Surf Report has four wins this year. Last week he was super impressive with Jones, holding the field at bay the entire one-mile race, winning by three and one-half lengths in 1:55.

Surf Report has won both his last two starts on the front end and with having to start from the far outside in post eight, may be expected to go after the lead again.

The seventh race Preferred Handicapped Trot features the return of longshot winner, Jamigo, from post six. Last week, when the two favorites went off-stride, Jamigo kept his cool and went on to win with ease at nearly 20-1 odds, paying $41.50 to win.

Track Notes: The Hippodrome 3R will start Friday night racing next week on May 24 with first race post time at 7:00 pm. For more information, visit www.quebecjockeyclub.com.

From the Quebec Jockey Club